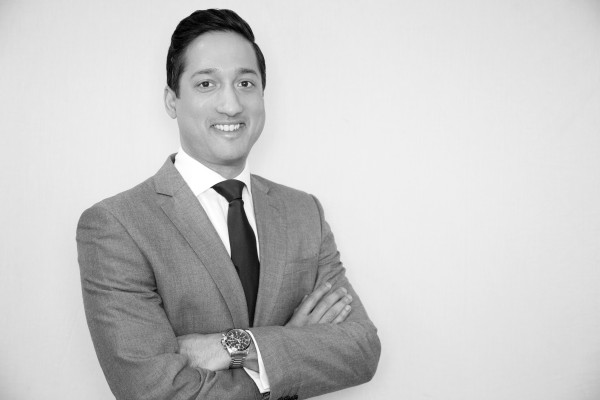 Prakash has worked in the financial services sector since 1999. Having trained as an auditor specialising in banking and capital markets, at PwC, he went on to spend five years as a product controller at Credit Suisse, and seven years as financial controller and compliance officer at Metage Capital Limited, an alternative investment fund manager.

Prakash joined Marine Capital in August 2015, where he is principally responsible for the preparation of financial statements and taxation administration for the company and its managed shipowning entities, overseeing the firm’s FCA regulatory compliance and assisting with debt financing issues such as loan negotiation, restructuring and documentation.

Prakash has a BSc in Management Science from the London School of Economics and is a Fellow of the Institute of Chartered Accountants of England and Wales.

Dry cargo shipping sectors have, on the whole, performed significantly better in 2017 than they did in 2016. Some commentators are undoubtedly bullish now, and the $64,000 question is, of course, whether the dry cargo markets are set fair for an upward trajectory, or if there is reason to remain cautious. We are in the positive camp and this report outlines our views and provides a supply and demand outlook for the sector.

In this month’s market report we’re looking at two issues—both with potentially important commercial implications for shipowners. The first looks at investment management/decision-making and how secure cash flows can be achieved in shipping investments. The second section presents our view on the upcoming IMO ‘Sulphur Cap’ which will have an impact on all ships trading from the 1st January 2020.

Following on from our recent in-depth reports on individual shipping sectors, this month we turn our attention to German banks and the potential implications for shipping finance, as well as the process of ship demolition—a fundamental mechanism of the market which is often misconstrued.

The Container Shipping Business – No Longer in Intensive Care?

In this month’s market report we take a look at the containership sector. While the recent results from leading liner company, A.P. Moller-Maersk, are encouraging, not all in the sector face a healthy outlook. As the liner companies in the market undergo increasing consolidation, tonnage providers who charter their ships to liner companies (and whose margins have no clear correlation to those of the liner companies) face greater challenges in running a profitable fleet. The recent rise in second-hand prices, the upcoming changes to lease accounting standards, and future emissions regulations all play a part in deciding if and how to invest in containerships.

Following on from our LNG update in May 2017, we take a closer look at LNG-related infrastructure, focusing on the opportunities presented by FSRUs (floating storage & regasification units) in accessing new LNG markets. These smaller, emerging markets have accounted for a large proportion of LNG demand growth in recent years and FSRUs have played a pivotal role for many—providing quicker and cheaper access to LNG imports than via the construction of onshore infrastructure. To date, the FSRUs employed have been based on standard LNG carrier sizes, but a significant opportunity exists for smaller-scale FSRUs to provide similar access to nations with lower volume requirements, at extremely attractive per unit costs and under more flexible contract terms. As the FSRU solution moves away from “one size fit all”, the future looks bright for new markets looking to access LNG via floating infrastructure.

LPG: The ‘Other’ Gas

LPG seems to attract fewer headlines than LNG in the energy world. However, when considered as a proportion of total production, seaborne trade is of greater significance for the LPG market than for LNG (30% of LPG produced is shipped, vs just 10% of natural gas) and has grown much faster recently—the average annual growth rate in LPG trade has been double that of LNG over the last five years (8.2% vs 4.3%). US shale exports and growing Asian petrochemical demand have been instrumental in reshaping global LPG trade flows, but this has not been enough to counteract excessive fleet growth and over the last two years the sector has faltered. In this report we look at the current state and outlook of the LPG sector.

The expression ‘King Coal’ draws most of its heritage from an eponymous novel of 100 years ago, in which an American author wrote on the tough life for coal miners in the US, and their daily struggles. Now it seems to be coal itself which is engaged in a life struggle (despite, ironically, the intervention of the current US President). This polluting but cheap and plentiful energy source, an essential (and huge) component of the global energy mix and a very important component of the dry cargo shipping market, is fighting, for now at least, what appears to be a losing battle against cleaner energy sources, which are also plentiful and (potentially) cheap. As ever though, the market pressures felt by the ships that carry coal are not parallel to the vagaries of the commodity itself, as we demonstrate.

We are often quizzed about the nature of volatility in the marine markets—how it arises, whether the public perception of wild swings is a true reflection of all market activity, and whether it can be managed from an investment perspective. In this report we look at the conditions specific to marine assets and markets, and the tools available to manage volatility at the individual asset/transaction level, as well as through a portfolio approach.

The International Maritime Organisation meets in London this week. While there is broader public desire to accelerate improvements in such areas as emissions control, and changes are afoot, the matter is complex. The 2020 deadline for the ‘Sulphur Cap’ is fast approaching. In this month’s edition we take a moment to shine the spotlight on the 2020 change and its repercussions for stakeholders.

In the global effort to reduce carbon emissions (including the shipping industry, which is targeting a 50% reduction by 2050), gas stands to play an increasing role. This month we take a closer look at the role that gas plays in shipping—from the adoption of LNG propulsion and provision of LNG bunkering infrastructure—to the development of hub-and-spoke networks enabling LNG distribution on a smaller scale, and the assets that will be needed to service them. We end with a light-hearted look at the possible propulsion types of the future…

How Will The World's Shipping Fleets Be Funded?

In this month’s Spotlight we take a look at the funding currently available in the marine markets and what the future overall requirement of the industry may be. With funding from traditional sources shrinking, depressed sectors (particularly tanker and LPG gas carrier markets) have turned to sale/leaseback of their fleets and defensive M&A to cope with the cash drain, while public equity and, in particular, MLPs have also faltered. However, we firmly believe that it is equity capital which is now sorely lacking. The market is large enough and growing fast enough to absorb large sums. The ingredients are now in place for a major shift in capital provision to the industry…

Liner Companies: Can They Make Money?

This month, our focus is on container shipping, and specifically on the liner companies themselves. In recent years competition has kept the cost of ocean freight low and the margins of liner companies tight. While there have been some positive steps taken to lower operating costs, rising fuel prices have proved a particular challenge in the first half of 2018, narrowing margins and leaving the liner companies scrambling to impose emergency fuel surcharges. Although these are testing times, is the longer-term outlook brighter?

This month’s Spotlight takes a quick look across the major marine markets and how they have performed in recent months. We also consider how some of the highest profile issues affecting marine markets, such as actual or potential trade wars, may affect individual sectors.

This month’s Spotlight offers a deep-dive into the current investment proposition surrounding VLCCs. Two recent plays by Norwegian owners have kick-started interest in the supertanker space, which is currently suffering from negative earnings (and even more negative profit margins). With the regulatory environment set to change in January 2020, the possibility of outsized profits from a carefully timed investment in these outsized vessels piques our interest…

Participants in the main shipping sectors seem remarkably relaxed about the current or potential impact of trade war between the US and China on their markets. Are they overly complacent, or is the calm atmosphere appropriate in the circumstances? In this month’s Spotlight we try to find out…

In this month’s Spotlight we take a closer look at products tankers, assessing the impact that the complex demand drivers could have on the sector. These include a shift in refinery capacity eastwards, uneven growth in global demand and, of course, the upcoming 2020 sulphur cap. Could product tankers be about to emerge from the doldrums?

There is no doubt that the world needs shipbuilding capacity. However, it is also clear that it is challenging business. In this month’s Spotlight we take a look at the state of the world’s largest shipbuilding countries—China, Japan and South Korea—and the outlook for the future of shipbuilding.

The EU’s presentation of the European Green Deal last month contained a raft of key policy proposals intended to accelerate progress on decarbonisation and facilitate the EU’s transition to carbon neutrality by 2050. Under targets for sustainable transportation, the deal endorsed that the EU emissions trading scheme (ETS) be broadened to cover the maritime industry. Although extremely light on detail, legislation has been proposed as early as this March.

Could the EU ETS help to incentivise decarbonisation in the shipping industry? Implementing regional regulation over a global industry certainly does throw up a number of thorny issues. We review some of these in our report and attempt to cast a spotlight on what could be the deeper reasoning behind the EU’s actions.

The Energy Transition & its Effect on Marine Markets

Robinson Crusoe was stranded on a small island for 28 years. A strand is, of course, a beach: paradise for some, perhaps, and purgatory for others. For him it was very largely a time of freedom, but the concept today of being stranded carries more of a sense of distress. In the energy transition there will be winners and losers: those who find freedom and others who only suffer distress, as they or their assets become stranded when business models and markets change. As the world increasingly seeks to curb greenhouse gas emissions, the hard-to-abate sectors, which include shipping, are under greater scrutiny than ever before.

In this note, we cast a spotlight on the marine markets under this transition towards decarbonisation and suggest some developments we might expect in the years ahead.

When approaching any new asset class investors will seek to understand the risks and whether the returns or diversification benefits that come with an investment are sufficient to justify those risks. In this Spotlight we seek to de-mystify some of the risk factors most pertinent to marine investments, illustrate how we undertake an assessment of the risk exposures in a transaction, and explain how these risks can be priced into cost of equity.